I've spent the past three weeks at CERN for shifts (something I'll blog about another time) and bumped into many old friends and colleagues. Some of them have asked me about what I've got planned for the next year or so. That's not an easy question to answer, and not one that I want to answer right now. My life from one week to the next is very diverse, which means I have problems predicting what I'll be doing a week from now, let alone a year from now. That's how I like it. I love it that my life changes giving me new experiences all the time. On top of that, if life has taught me anything in the past decade it's that it's okay to not have a firm plan.

I'm not sure why other people seem to find uncertainty uncomfortable. For me it means freedom. It means not tying myself down and being predicatble or boring or bored. I'm currently in a physics lab where we have to routinely deal with lack of knowledge and where we have to find the answers ourselves, if we're lucky enough that we can obtain some answers. We all know what the job market is like in the field and that it's normal to move around, and that the number of opportunities outside the field is vast compared to the number inside. Yet somehow people find my lack of a job and a place to live in six months disturbing. That's how I found myself two years ago, with my SMU contract winding up and searching for a new job. Within a few months of looking I found a great job in Brussels in a new country in a city I'd never lived in before. I went from no planned job and no planned abode to finding a decent position and a flat in a foreign country. It was all timed so that one contract ended the day before the next one began. That was all down to embracing the uncertainty and taking advantage of the opportunities of the time. 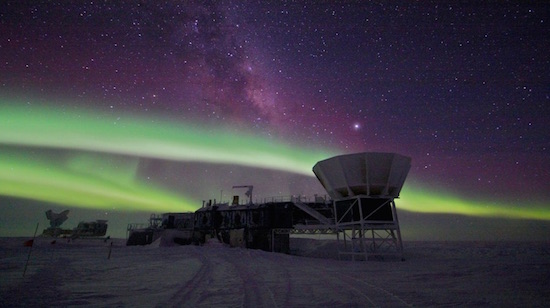 Uncertainty is when you meet a colleague of a colleague in Paris and he asks you to join him at the South Pole for some world class science.

I don't know why people ask me what my plans are. Is to make me feel better, or them? Is it reassure them that the world isn't a scary place? Sometimes it feels invasive. These uncertainties are my own, not theirs, and they're not entitled to an answer to these tough questions, even if I had them. I suppose in some ways it's easier for me as someone single with no dependents. I can't maintain a stable relationahip with this kind of lifestyle, and pets and children are certainly out of the question.

I won't pretend that it's always easy. Occassionally I am afraid of the future and the uncertainty that comes with it. Sometimes I think I must be mad to leave the comfortable bubble of academia. Then I look back at the other times in my life with hard decisions, the times I moved everything I had into a new, foreign place, and was a better person for it. One of the reasons I moved to Brussels was exactly because it was a new place and living in a foreign country is good for personal development. I've done that three times now, and aside from learning French again I don't think there's much else to be gained from doing it again. The kind of personal growth I need now involves creating and leading my own projects. There's a huge scope for learning there and so it brings its own steep learning curve and uncertainty. I don't know where I'll be what I'll be doing a year from now because I don't know much about the steps I'm going to take in the next few months. I can say exactly the same about every year since I finished my undergraduate course, and those years have given me more than I ever would have asked for.