In the past decade or so there have been serious problems with research for particle physics (and the hard sciences in general) in the UK.  This isn't unique to the UK, and the USA has also faced, and is still facing, troubling financial problems in high energy physics.  This was most keenly felt when the Science and Technology Facilities Council (STFC) announced that is had to find £80,000,000 from somewhere, and that it had to come in the form of cuts to funding of many projects.  Mark Lancaster from UCL kept a huge amount on information on this crisis on a dedicated website if you want to know more.

Some of the decisions that were made were quite discouraging.  Perhaps the most troubling was the emphasis on economic return of science projects, which is clearly not the goal of high energy physics.  The field a blue sky science and its benefits are very rarely realised until many years later, but when they pay off they revolutionise the world. There's a brilliant quote from the TV show the West Wing that illustrates this point well.  Enlow is a Senator who is trying to stop a project going forward, and Millgate is a physicist who is trying to rescue the situation:

Enlow: If only we could only say what benefit this thing has, but no one's been able to do that.

Milligate : That's because great achievement has no road map. The X-ray's pretty good. So is penicillin. Neither were discovered with a practical objective in mind. I mean, when the electron was discovered in 1897, it was useless. And now, we have an entire world run by electronics. Haydn and Mozart never studied the classics. They couldn't. They invented them. 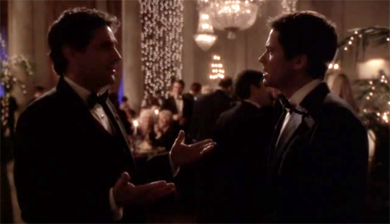 Sam Seaborn, trying to save the Superconducting Super Collider, even though he can't spell it, let alone understand what it does.
(This is actually a parody of the actual cancelling of the Superconducting Super Collider, which was axed after spending $2 billion out of a total budget of $4.4 billion.  As a result it's now CERN that leads the field and the USA missed a trick.) The point is that the people who hold the purse strings have very different priorities compared to the people actually doing the work, and this leads to all kinds of instability. I've got no confidence that I can find projects with stable funding in the UK, and even worse, as we lose projects we also lose expertise. A while ago the International Linear Collider (ILC) project was considered a bad buzz word in the USA, so any proposal that mentioned the ILC would get dismissed. This caused a huge problem because if the USA temporarily lost the positions related to the ILC-like projects, it would permanently lose a lot of expertise in accelerator physics, because these people need jobs in the meantime. If they can't find jobs in the field they'll move elsewhere and it's not easy or (in many cases) desirable for them to come back. Cutting funding sends a message to scientists in the field about how little their work is valued and how poorly their priorities are understood.

The choice of cuts was also interesting and sent a very dangerous message. When having to choose which projects to cut, STFC made the choice to keep the LHC projects (LHC, ATLAS and CMS), while cutting funding to existing projects (BaBar and Gemini are two good examples.) In the case of BaBar, my experiment at the time, there was huge potential to use the existing dataset to make more discoveries and more importantly BaBar had data, which was more than the LHC projects had at the time, and essential for students who want to write a thesis. In the case of the Gemini telescope an attempt was made to leave, but this would have cost more than staying. The response was to sell our telescope time to other nations, thus depriving the UK of an entire hemisphere of observation. (When the UK finally left in 2012 this impacted the other nations in the project, as they had to reduce operating costs to cover the loss.) All this was done to in order to invest in both ATLAS and CMS. I understand that STFC wanted to make sure they got the Higgs boson discovery, especially after two decades of investment, but did they really need to fund both sides of that competition? What I read from this was that STFC was valuing charismatic projects over diversity of projects, and that's exactly the worst way to support science through funding. In the meantime there are a whole host of experiments and facilities out there that the UK is not a part of, and we miss out because of that.

All this was demoralising and was one of the major decisions to look outside the UK for funding. In 2009 I applied for an STFC Fellowship, which would have given me a good opportunity to come back to the UK and work on the T2K project with one of my colleagues who helped me a great deal with my PhD. After spending nearly a week on the proposal I got the news that the Fellowships had been cancelled that year because of funding cuts. At that point I started to think it wasn't worth pursuing a career in particle physics, or at least pursuing that career in the UK. Having spent seven years giving me a free education the research council decided it didn't want my expertise (or my taxes) after all. If the research council doesn't value my work why should I? Why not do something else with my skills and ambition that won't get as easily dismissed. For a few years I found an excellent home at SMU, with a position maintained through stimulus funding. 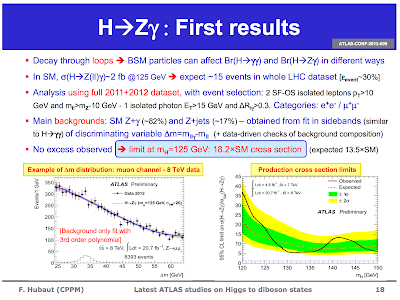 Dear STFC, This is what I did for the USA. They have their problems too, but they value our work more than you seem to do. (Moriond link)

As I mentioned in my previous post, physics research is less interesting now than it was a decade ago, and I can't see any silver lining in the next few years. STFC has made the decision to fund the LHC projects, which will probably not see anything new in the next couple of runs. So this is an excellent time to leave the field. After the way STFC has been treated and has subsequently acted I no longer feel any moral obligation to contribute to the field anymore.