J is for Jamboree

I haven't written in this blog for quite a while (I actually thought it was even longer than it really is), even though many interesting things have happened, and the only reason is that I've been very busy. In the usual course of work, we have to prepare results for important meetings and for conferences. If all goes to plan we get plenty of beam time and then a few weeks to put the results together in time for the conferences. One of the biggest conferences, Moriond, is taking place right now, and it's what I expected to be working towards. It turns out that CERN and CMS had different ideas.

First, the LHC slipped behind schedule (which is fairly typical) and that meant there was less time to analyse what we already had in place. Then the CMS exotica (EXO) group decided to host their annual meeting off-site in November. Finally, CERN decided that they didn't want Moriond to get the first announcements of any big discoveries, so they asked us to prepare our results for mid-December Jamboree, just before the Christmas break. At the same time as all this was going on, I was in the process of handing over the analysis to my successor, as well as doing the regular work that goes along with developing and maintaining an analysis package, and performing calibrations. When all of this is taken into account it's quite a lot of work.

I don't mind hard work, in fact I thrive on it, but this did seem quite excessive. The EXO meeting in the middle of all the Jamboree was problematic. The meeting itself was fine, and an excellent use of time, but it was planned long before the Jamboree was announced, and created "maximal destructive interference", as one colleague put it. The problems we had with a preliminary analysis were multiplied because we had to on the one hand develop the analysis for the Jamboree, and on the other hand freeze and report on the analysis for the EXO meeting. The simultaneous development and freezing of work is a constant source of frustration and seems rather futile to me. We have to have a version of the code and plots ready for a presentation, while at the same time working on the calibrations on the side which will eventually lead to different code and plots for the Jamboree. As in any field, progress reports detract from progress, and that's fine when you have time to spare. 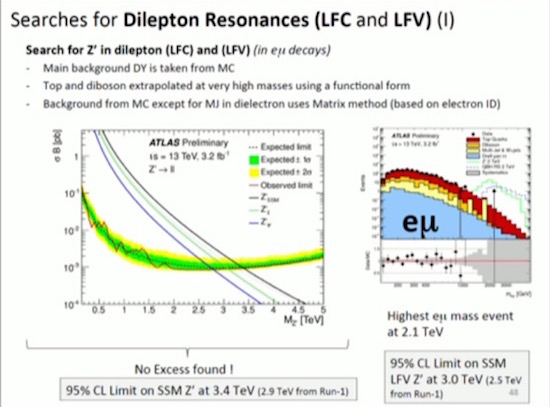 Finally, the Jamboree arrives, and we get to see what the competition sees...

Unfortunately we didn't have much time to spare. The internal review process spans several months, and we laid out a plan for the review that gave us no breathing space at all. (This wasn't poor planning on our part- there was only just enough time to fit the review in once the announcement of the Jamboree was made.) That meant that I had get my work done, at any cost, because there would be no second chances and very little wiggle room. Given this situation, there were many studies and decisions we postponed until Moriond to give us more time to work on them, and many of these things needed more time and consideration because they were very deep questions. The Jamboree would be a place to present a simple preliminary report on the findings, and Moriond would allow us to go into more detail on the salient points and the challenges of 2016 data taking.

The timeline was brutal, and it took its toll on all of us. My health suffered, my teaching was not up to scratch, and I was having to tell people to leave my office as I gave a last minute sign-off on physics decisions. As I'm sure you can work out, I'm not a fan of the decision to have a Jamboree in mid-December. This isn't because of the extra work, that goes with the job and I was expecting similar for Moriond, but it's because the deadline was arbitrary and motivated by CERN's need to be first with any big discovery. I don't begrudge CERN being first, but I do begrudge not giving the physicists enough time to get robust results ready for a public announcement. When I present results I want them to be well researched, well understood, and with plenty of supporting evidence. As it happened we had to show results that had preliminary luminosity measurements that changed by about 5% between the Jamboree and Moriond. I don't care that the data and simulation were consistent, or that the uncertainties were sufficiently large, what I care about is that if we had waited a few more weeks we would have had a better understanding of the luminosity. Instead we put physicists through a brutal deadline twice just because CERN decided to announce a Jamboree and nobody wanted to be excluded. 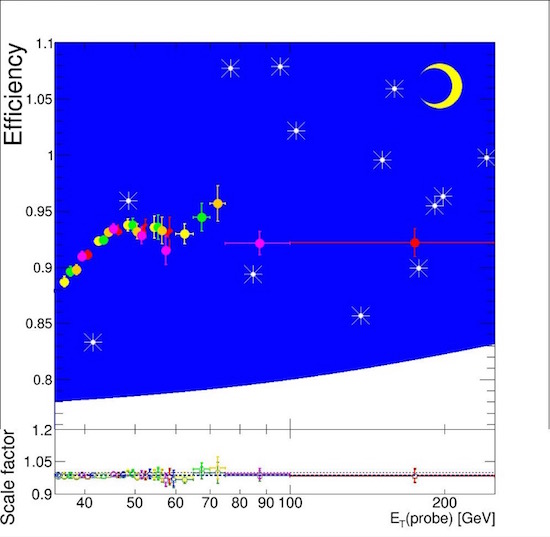 Working on Christmas day on a very important study that got pushed back. At least I tried to bring some seasonal cheer to the physics...

I've complained about the conference cycle before, and I doubt it will ever get better. One of my favourite feelings is when we have a deep problem to solve, which obviously won't be solved in time, and we make the decision to miss a deadline. That feels like a victory for science, placing the understanding of the problem above the recognition for it, and it eventually leads to better results.

I'm glad I helped get the Jamboree results out, and also that I helped the transition from the Jamboree to Moriond, but I also consider it a bitter reminder of one of the biggest problems in this field (and I'm sure many others.) If nothing else, I'm just not young enough to keep up that kind of timeline indefinitely. Since moving back to the UK things have been busy and stressful, but I am no longer staying up until 3am to finish off a piece of work, and I'm generally much happier. These days the fruits of my labour are realised much sooner and make more sense to me. That's a topic for another post though, this post is all about the unreasonable pressure exerted by the Jamboree and the dubious decision to put it at such an awkward time.