A loss of life and talent

Two weeks ago one of my close friends, Moritz, died in a climbing accident. I've blogged about it a lot on my other blog, and it's had a profound effect on my attitude to work. The decision to study particle physics followed my brother's suicide, when I needed time to myself and needed to put off big decisions about my life. I've been prioritising my professional life over my personal life ever since, but now my needs have changed. I spent a long weekend in the UK with some good friends who know what it's like to grieve, and some who knew Moritz. In contrast to that, life in Brussels and at CERN seems cold and I've lost a lot of enthusiasm for physics. I've been keeping this blog for over a year at this point and for over a year I've been planning my next steps. This has been accelerated by losing Moritz. For the past year I've used my spare time to develop plans for the future. With Moritz's death my attention has suddenly been focused more on the future and find myself building up the infrastructure I need to move back to the UK with some startup companies under my belt. For the past few days I've found myself contemplating moving back as early as August, before we get the most interesting LHC data. At this moment my heart isn't in physics at the moment, and it feels like my enthusiasm for it died with Moritz. It's made me feel very strongly that CERN is in the past and even though I didn't see much of a future for me in particle physics research, at the moment I'm struggling to see how it's relevant to the present day. I don't know if this will be a temporary feeling or not, so I'm waiting before I act on it, and I might get my passion back for one last hurrah before I move on to more exciting and challenging things. 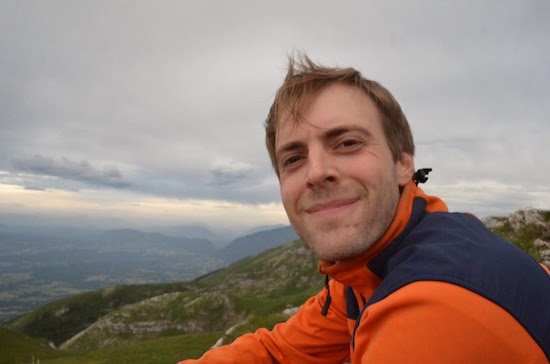 Moritz as I remember him, full of ambition and on top of the world.

Moritz was incredibly bright and ambitious. Particle physics has lost one if its most promising minds, just as his career was about to take off and go to new and exciting places. His loss to field is one more piled on top of so many promising young people who have failed to find good jobs, in spite of their brilliance and genius. The field is harsh and cruel, and although it's just bad luck that Moritz died so young it's one loss too many for me. I don't want to spend any more time in a field which seems to repeatedly ignore talent and ingenuity (which it also did to Moritz) while there are other opportunities out there just waiting to be taken.

I don't want to make rash decisions based on fear, or regret, or grief, or frustration, which is why I'm waiting before I decide when to leave. There's also no reason to think that another choice won't have all the same problems. But given the choice between living in yet another foreign country for relatively poor pay and poor working conditions, and working close to the people who actually care for me when I need them the most it's an easy choice to make. I'm done giving particle physics the benefit of the doubt and at this point only a UK based fellowship where I got to set my own agenda would keep me in the field.

(This post was written en route to Moritz's funeral.)